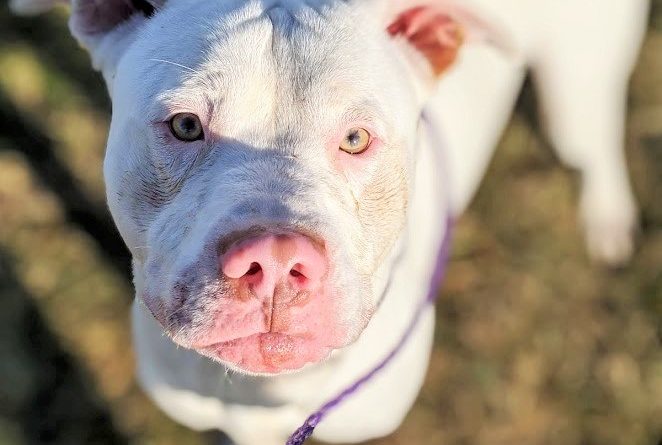 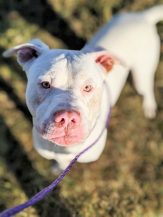 This male, Boxer mix came to the shelter during the Christmas season and is still with us! He was young and had no confidence and presented all the inappropriate behavior we see too often in shelters from dogs that were obviously separated from their dam and littermates way too young then the human component didn’t know (or care) enough to take over the training. He doesn’t like strong restraint but Kringle is finally coming into himself! He should probably go to a home with no small children (under 9 or so) because he may knock them down playing etc.. He probably should also not be a “first” dog but he doesn’t need an especially high level of sophisticated experience. Kringle is already altered, is current on his vaccinations and has tested negative for heart worm!