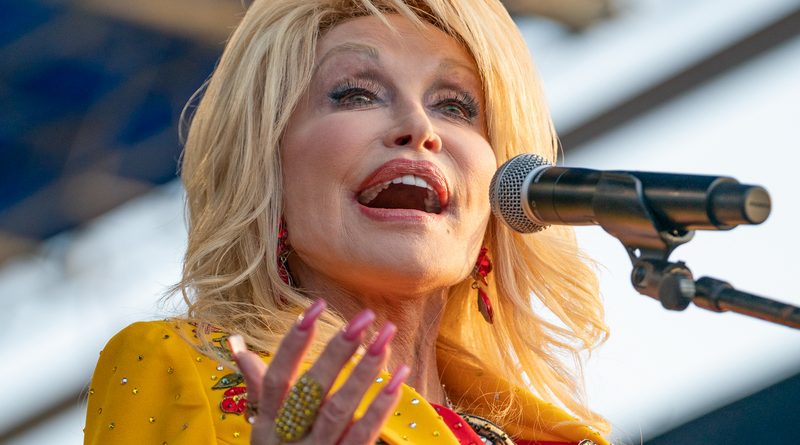 The song and video from the upcoming film 80 For Brady, called “Gonna Be You,” recorded by Dolly Parton, Belinda Carlisle, Cyndi Lauper, Gloria Estefan and Debbie Harry was released on Friday (January 20th). It was penned by award-winning songwriter Diane Warren. The official music video features movie footage interspersed with segments of each singer performing and wearing a blinged out Tom Brady football jersey.

Dolly said, “I’m so excited to be a part of 80 for Brady and the Diane Warren title song for it. Working with Jane, Lily, and Sally Field again, my older pals that are in the movie, and then working with all the wonderful artists on the song and video, like Belinda Carlisle, Cyndi Lauper, Gloria Estefan and Debbie Harry was a joy. This is very exciting to me. I love feeling like I’m still part of something great and being with those gals that we know are great was a thrill.”

80 For Brady is inspired by the true story of four best friends who take a wild trip to the 2017 Super Bowl LI to see their hero Tom Brady play. The movie stars Lily Tomlin, Jane Fonda, Rita Moreno and Sally Field, with 7-time Super Bowl Champion and producer Tom Brady. It arrives in theaters on February 3rd.