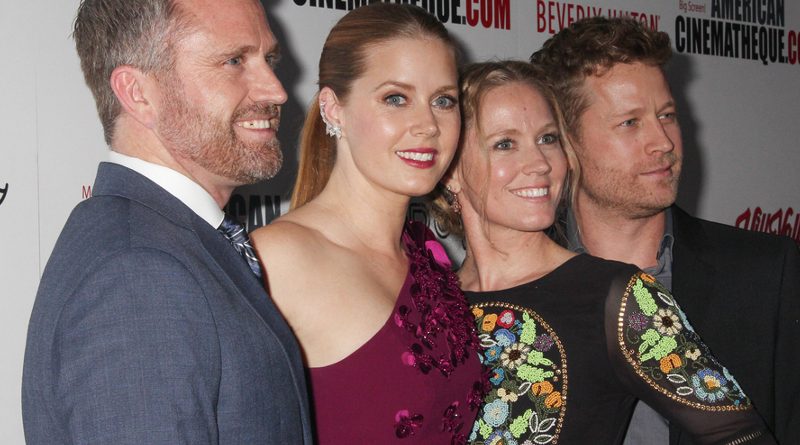 2021 TORONTO FILM FESTIVAL TO OPEN WITH DEAR EVAN HANSEN: The 2021 Toronto Film Festival, which will run September 9-18, will open with the Amy Adams and Julianne Moore-toplined Dear Evan Hansen, from Stephen Chbosky, and close with the Zhang Yimou-directed One Second.

JASON MOMOA & CHRIS SHARMA SERIES ORDERED BY HBO MAX: Jason Momoa and professional climber Chris Sharma’s rock climbing competition series The Climb has been ordered by HBO Max. “It’s a dream come true to create a show with one of my idols, my good friend, and legendary climber Chris Sharma,” Momoa said. “I’m thrilled to be partnering with HBO Max and to produce alongside IPC to bring you this incredible show about my favorite sport, rock climbing.”

VENICE FILM FESTIVAL UNVEILS PRE-OPENING FILM: The Venice Film Festival has revealed that a film by Venice native Andrea Segre will screen as the pre-opening event. The film looks at how the festival navigated COVID-19. Titled The Venice Bienniale: Cinema in the Time of COVID, it will bow August 31. Parallel Mothers, starring Penelope Cruz, will serve as the festival’s official opener.

DEBRA GRANIK TO DIRECT UNA LAMARCHE NOBEL: Debra Granik has signed on to direct and co-write Una Lamarche’s YA novel, Like No Other. She and Anne Rosellini optioned the book in partnership with Mad Dog Film’s Alix Madigan. The story is billed as a modern take on the West Side Story. “I have so much respect for this team and their incredible body of work,” said LaMarche. “I could not be more thrilled that they are bringing Like No Other to life on screen.”