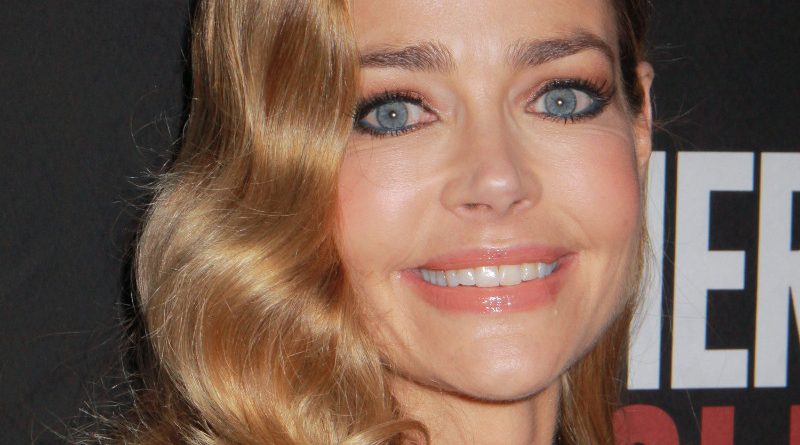 Insiders are defending Denise Richards after her daughter with ex Charlie Sheen, Sami Sheen, 17, claimed in a TikTok that she was “trapped in an abusive household [and] hated myself,” claiming that she “would go days without eating or sleeping, insanely depressed, hated school, etc….”

She added that she “finally moved out of the hell house, had a spiritual awakening, own 2 cats, happy single, full of self love, and dropped out of high school :)” Her TikTok is now private.

Charlie said, via his publicist Jeff Ballard, that the drama has been overblown: “Sam is amazing. I love her and all my children unconditionally. We’re having a ball. GED here we come.”

“Denise set normal rules that any parent would be setting,” a source told People. “She’s a mom and a parent and there are rules. She didn’t want to follow the rules.”

“Charlie didn’t support implementing Denise’s rules. He has a different way of parenting and Sami decided to live with her dad,” added the source. “Denise loves her daughter very much and she’s saddened by the situation.”

Denise shares daughters Sami and Lola Rose, 16, with ex-husband Charlie, and the Real Housewives of Beverly Hills alum later welcomed daughter Eloise Joni, 10, in 2011. Denise and Charlie split in 2005 after marrying in 2002.