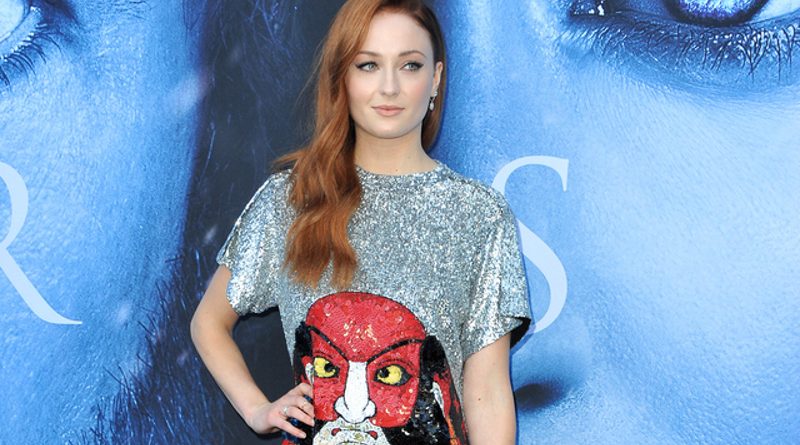 SOPHIE TURNER SHARES BABY BUMP PHOTO AFTER GIVING BIRTH TO SECOND CHILD: On Instagram Thursday (August 4th) Sophie Turner shared a throwback photo to when she was pregnant with her second child. The Game of Thrones star captioned the photo exposing her belly: “Full of baby.” She and Joe Jonas welcomed their new baby to the world on July 14th.

SIMU LIU SAYS MEETING BRAD PITT WAS ‘THE GREATEST MOMENT’ OF HIS LIFE: Simu Liu is a big fan of Brad Pitt. The Kim’s Convenience actor took to Twitter on Wednesday (August 3rd) to share a photo of himself meeting Pitt at the Bullet Train premiere in Los Angeles. “I think that maybe this was the greatest moment of my life yes definitely that’s it right there sorry mom,” he captioned the post.

HEATHER RAE YOUNG SUES STRIP CLUBS FOR USING HER IMAGE IN ADVERTISEMENTS: According to TMZ, Selling Sunset star Heather Rae Young is suing the strip clubs Platinum West in South Carolina and Platinum Plus in Pennsylvania for using her photograph on advertisements for NFL viewing parties. Amber Lancaster and Jaime Edmondson Longoria are on the lawsuit as well. Lancaster works on The Price is Right and Langoria worked for Playboy and as a Dolphins cheerleader.

BLAKE MOYNES SHUTS DOWN COMMENTS ABOUT ‘UNFINISHED BUSINESS’ WITH KATIE THURSTON: Us Weekly reports that when a fan asked former Bachelorette star Blake Moynes about his split with Katie Thurston, saying that it “seems so unfinished,” Moynes made it clear it’s over. “It’s very finished. No need to go there again. It’s an exhausting topic. Appreciate it,” he replied with a peace sign emoji.