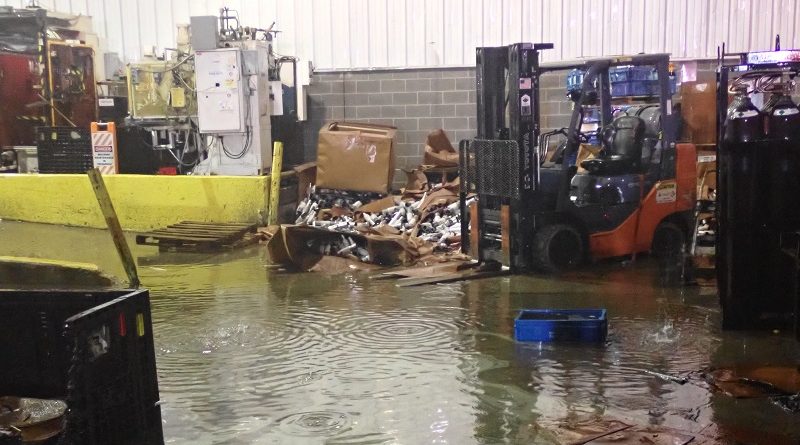 Three people were injured, one seriously, after a propane explosion this morning at Faurecia’s Columbus plant.

Columbus firefighters were called to the plant on South Gladstone Avenue at 2:08 a.m. this morning and were told by witnesses that there had been explosion when an employee was filling a propane tank for a forklift.

One employee is believed to have serious burns and was flown by medical helicopter to an Indianapolis hospital. Two others received minor injuries and were treated at the scene.

The explosion caused a fire at the propane filling station, outside of the main manufacturing facility, according to firefighters. The facility’s sprinkler system activated, significantly reducing the possible damages caused by the fire. No damage estimate is available.

Faurecia evacuated the building prior to firefighters arriving on scene.

Fire crews were on scene for more than two hours. The cause of the explosion is still under investigation.