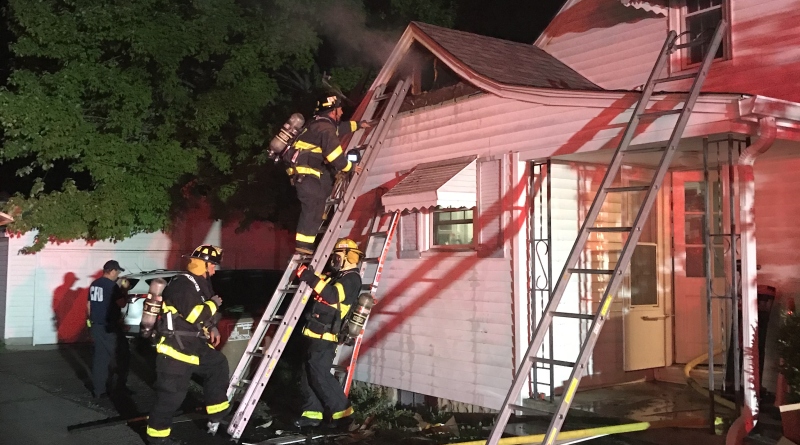 An electrical fire caused more than $10,000 in damages to a California Street home Monday morning, according to Columbus firefighters.

The fire department reports that it was called to a home in the 1900 block of California Street at 1:53 a.m. this morning on a report of smoke. A smoke alarm had alerted the residents and they had evacuated before firefighters arrived. There was light smoke coming from the exterior gable vents. Inside, firefighters found smoke coming from a bedroom closet that had attic access. After getting through a kitchen ceiling and outside wall, firefighters found charred wooden joists, and heavily damaged electrical wires.

After about two hours, firefighters were able to return to their station. But about 9:25 a.m. they were called back again and found smoldering debris in the attic area.

Due to the damages, the occupants of the residence will be displaced until repairs are made.