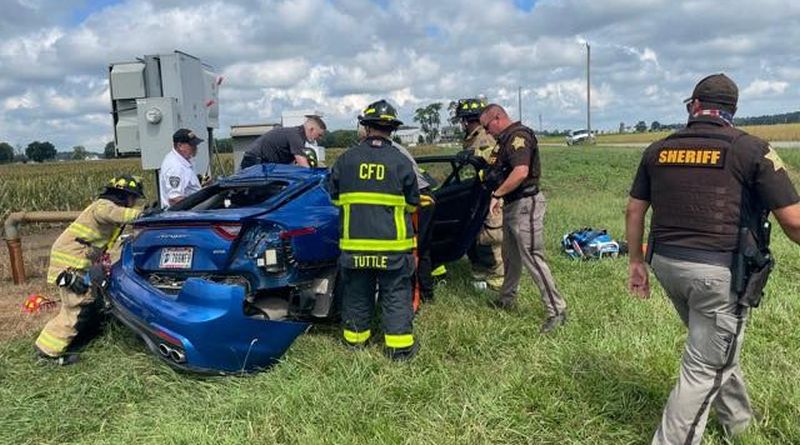 A driver was seriously injured in a crash on West County Road 100N yesterday afternoon, according to the Bartholomew County Sheriff’s Department.

According to police reports, they were called to the crash in the 1200 block of West County Road 100N at 12:27 yesterday afternoon and found the driver trapped inside the wreckage. Columbus Township Fire and Rescue worked to extricate the driver, 30-year-old Allick Olive, from the wrecked vehicle.

Olive was then flown by Life Line helicopter to IU Methodist Hospital in Indianapolis for treatment.