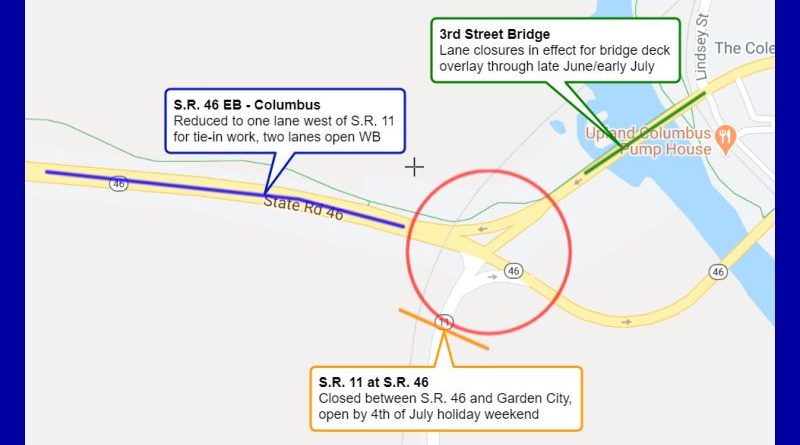 Jonathan Moore Pike heading east into downtown Columbus is down to a single lane for about two weeks as crews begin to connect State Road 46 to the new overpass.

Work is also continuing on the Third Street bridge deck overlay, and you will see lanes closed into early July. INDOT says that May’s rains caused some delays on that portion of the project.

The closure of State Road 11 between Jonathan Moore Pike/ State Road 46 and Garden City is expected to be lifted by the Fourth of July weekend. That has been closed since the first of June while crews reconstructed pavement and did storm sewer work in the area.

INDOT says you should be alert for traffic changes around the new overpass. When you are in a construction zone, you should slow down, use extra caution and make sure to drive without distractions.