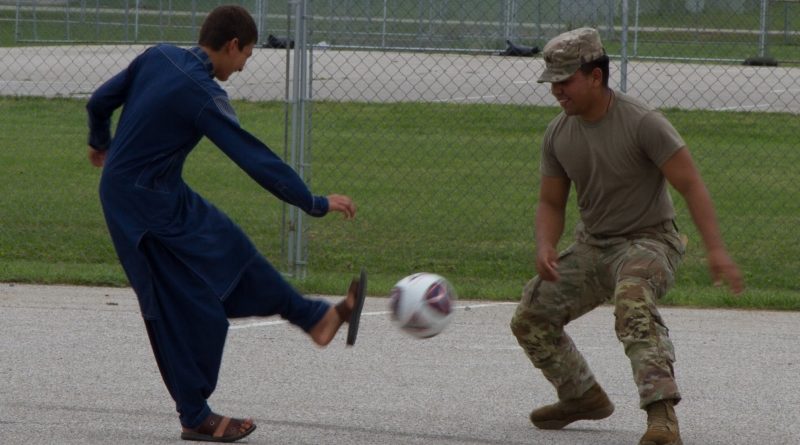 Camp Atterbury officials released more details yesterday on the Afghan refugees that have been arriving at the base, hoping to clear up misconceptions and provide a clearer picture of the processes on the base during Operation Allies Welcome.

Mark Howell, spokesman for the operation, said that there are just over 66 hundred refugees on the base, and so far about 25 have been released into the country. Those were American citizens, green-card holders or spouses of residents, Howell said. He said there have been no escapees from the base.

Howell said less than 1 percent of the refugees have arrived with medical problems that required treatment at local hospitals. There are zero confirmed cases of measles at Atterbury, which he said is due to aggressive efforts to give MMR vaccines to the refugees, with just over 11,600 vaccinations so far.

There have been 13 cases of COVID-19 among the refugees. Those patients were quarantined with their families during the outbreak.

Nearly half of the refugees are children, with just over 47 percent under the age of 18.