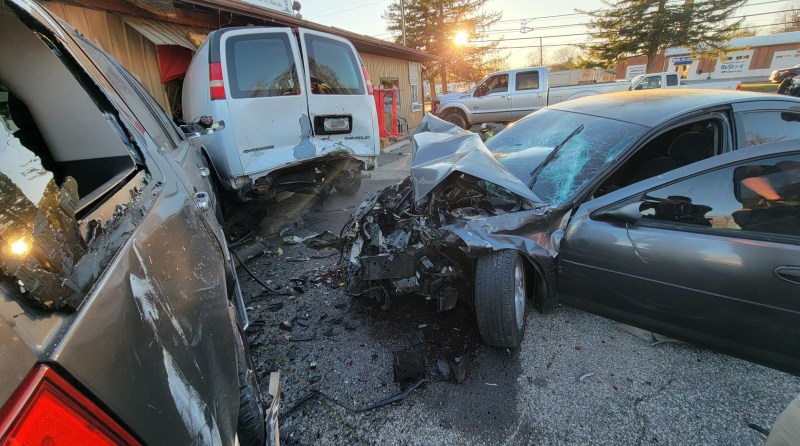 An Indianapolis man is facing a long list of charges after allegedly leaving the scene of a crash in North Vernon and then fleeing from police Sunday.

According to the North Vernon Police Department, its officers along with Jennings County deputies were called to North State Street at about 4:12 p.m. Sunday afternoon about a crash on North State Road 7 and Geneva Road. Police found the vehicle involved on North State Street and saw the driver make several traffic violations, before refusing to pull over. The driver then nearly hit a pedestrian and his dog, and drove through front yards on Bay Street.

The chase continued into Madison, as the driver fled more than 20 miles at speeds of up to 105 mph.

The driver finally lost control on Lanier Drive in Madison, hitting two parked and unoccupied vehicles. The crash pushed one of the vehicles, a full-size van, through the front wall of a business. The driver, Joshua D. Ahern of Indianapolis, was seriously injured in the crash and had to be flown by medical helicopter to a hospital for treatment.

Ahern is facing preliminary charges including

The investigation is ongoing.