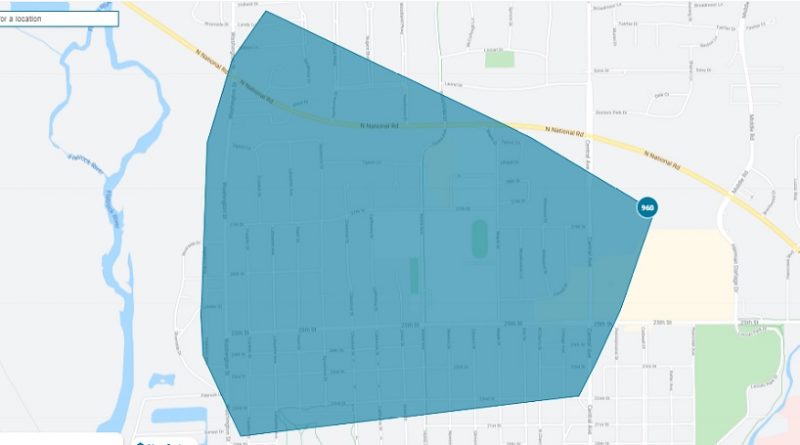 Power has been restored to most Duke Energy customers in Columbus. If your power is out, you should contact Duke at 1-800-343-3525.

Duke Energy is estimating that a power outage affecting about 960 customers in central Columbus should be repaired by 5 this afternoon. The outage area is affecting customers roughly from 21st Street to National Road and between Washington Street and Central Avenue.

The outage was first reported at about 2:10 p.m. this afternoon.

Chip Orben with Duke Energy says that there is a circuit out near 23rd Street and Central Avenue, and crews are on scene. But they do not yet know what caused the circuit to go down.

This comes on the heels of an earlier outage that affected the east side of Columbus this morning, leaving more than 800 customers without electricity in an area south of 10th Street and centered around Gladstone Avenue.