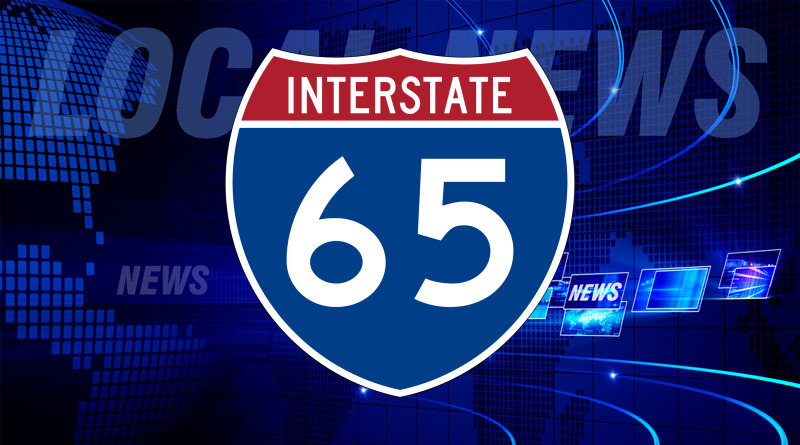 INDOT is planning to demolish and replace the Deaver Road overpass on Interstate 65 in Bartholomew County starting next week.

Crews will be closing the lanes of Interstate 65 overnight to place concrete barrier walls starting on Tuesday, February 16th from 9 to 6. Demolition work is scheduled to start on Thursday, February 18th, which will close the bridge through mid-June.

The official detour will take traffic from County Roads 175W to 450S and to 300W.

Starting the following week, Interstate 65 will close for one direction at a time for up to 20 minutes at a time while the bridge is demolished. That work will also take place overnights from 9 to 6 and the work could take up to seven days.

Traffic will be restricted to 55 mph through the entire work zone during the entire project.

The bridge replacement is part of the $65 million dollar project to widen Interstate 65 to three lanes in each direction between Walesboro and Columbus. The entire project is expected to be completed in the summer of 2023.

INDOT had previously scheduled restrictions at Denois Creek and Opossum Creek earlier this month, but those have now been moved to later in the project. 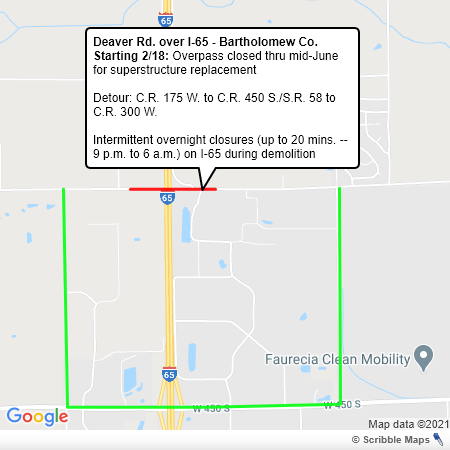