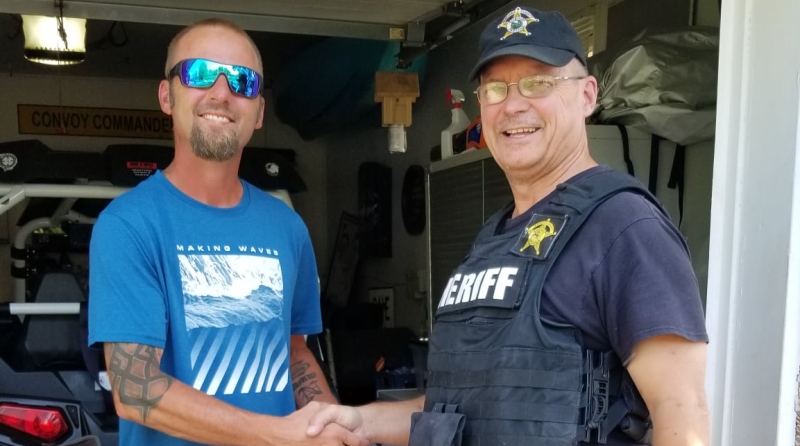 The sheriff’s department reports on social media that deputies and North Vernon police officers were trying to catch a suspect in June. Resident Mike Wick chased the suspect through several back yards in his neighborhood, while Wick’s son Dylan ran down the street to alert police on the direction his dad and the suspect were heading.

On Thursday night, Freeman met with the Wicks, thanking them for their help and presenting them with a Jennings County Sheriff’s Office coin.