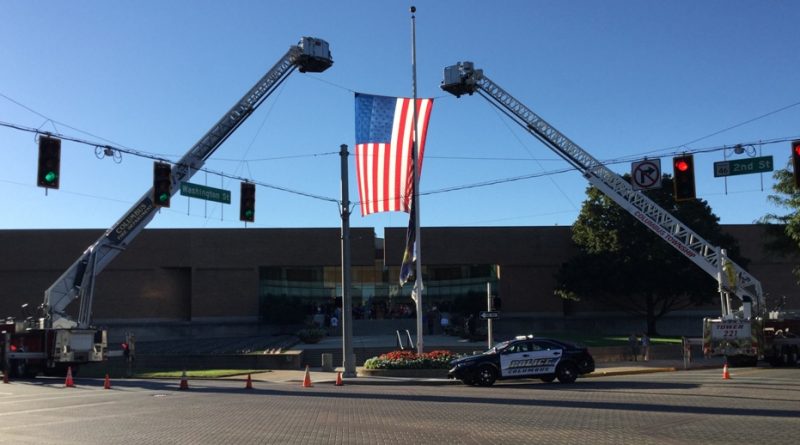 A reminder, that Columbus emergency workers will be recognizing the 20th anniversary of the 9/11 attacks with a ceremony at City Hall on Saturday.

The outdoor ceremony will begin at 8:40 a.m., with a moment of silence at 8:46, the moment the first plane struck the North Tower of the World Trade Center. There will be a dispatch over the emergency radios honoring the nearly 3,000 people who lost their lives that day.

Members of the Columbus Fire Department and Police Department Color Guard will take part in the ceremony. The ceremony is scheduled to last about 30 minutes.