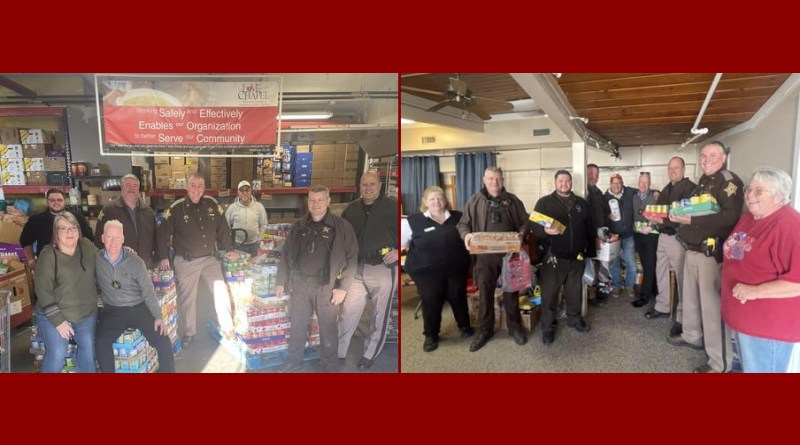 According to a report from the sheriff’s department, employees dropped off 6,000 pounds of food today to Love Chapel and to the Salvation Army. During the food drive, which ended Monday, donation boxes were available throughout the community and at the jail. Deputies, correction officers and civilian staff also personally collected donations at several locations.

Sheriff Matt Myers thanked everyone who donated, the businesses that allowed the donation drives at their facilities and the department employees who collected and delivered the items.

Myers started the Pack-A-Patrol car efforts in 2015 at the start of his first term and they have been held each year except 2020 due to COVID-19. Myers said that the department’s fundamental duty is to protect people and property and to serve the community. And with the high inflation, food costs are affecting many residents.