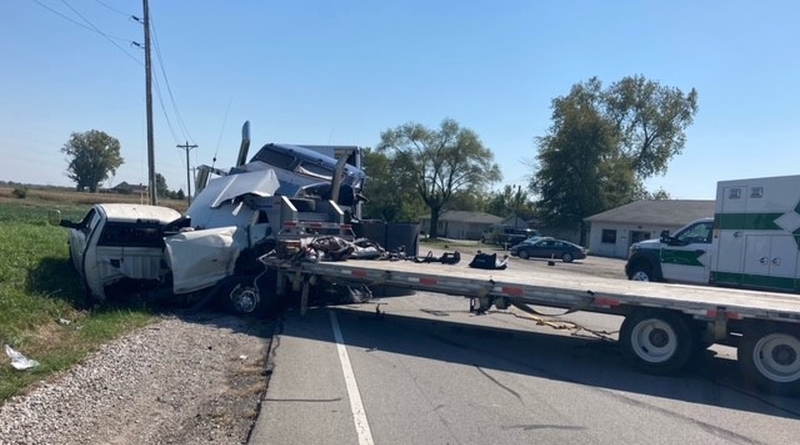 Two drivers were sent to the hospital after a crash yesterday afternoon on State Street in Columbus.

According to Bartholomew County Sheriff’s Department reports, deputies were called to the scene of the crash at about 1:31 p.m. Tuesday afternoon at the intersection of State Street and South County Road 250E.

A pickup truck, traveling southbound on the county road entered the travel lane on East State Street crashing into a second pickup hauling a trailer. That sent the second pickup into the westbound lanes into a semi hauling a 40-thousand-pound steel roll. The roll went through the trailer and crushed the rear of the semi.

Two drivers were taken to Columbus Regional Hospital for the treatment of non-life-threatening injuries. The intersection was closed for several hours.